Would HBOT be able to help with COVID19 pneumonia?

the Benefit of Hyperbaric Oxygen Therapy

Researchers in China tried to find out if it could…

Researchers took 5 patients aged 24 to 69 years old, with progressive symptoms and who had been diagnosed with severe or moderate Acute Respiratory Distress Syndrome (ARDS)

They were each given between  3 and 8 treatments of Hyperbaric Oxygen Therapy (HBOT) in addition to their routine therapies.

“HBOT treatment was started with informed consent and voluntary request after the routine treatments were failure to stop deterioration of the condition.”

Before the start of the treatment, all 5 patients complained of severe breathlessness.

The figure below shows the improvement of symptoms after just 5 days of treatment.

Figure 3 below also shows an improvement in Oxygen Saturation levels or the amount of blood held by your red blood cells.

And finally, the figure below shows a difference in their C-reactive Protein (CRP) scores, which is a marker of inflammation. Just to give you a reference, in a healthy person we would expect to see CRP below 5 and optimal would be below 1. 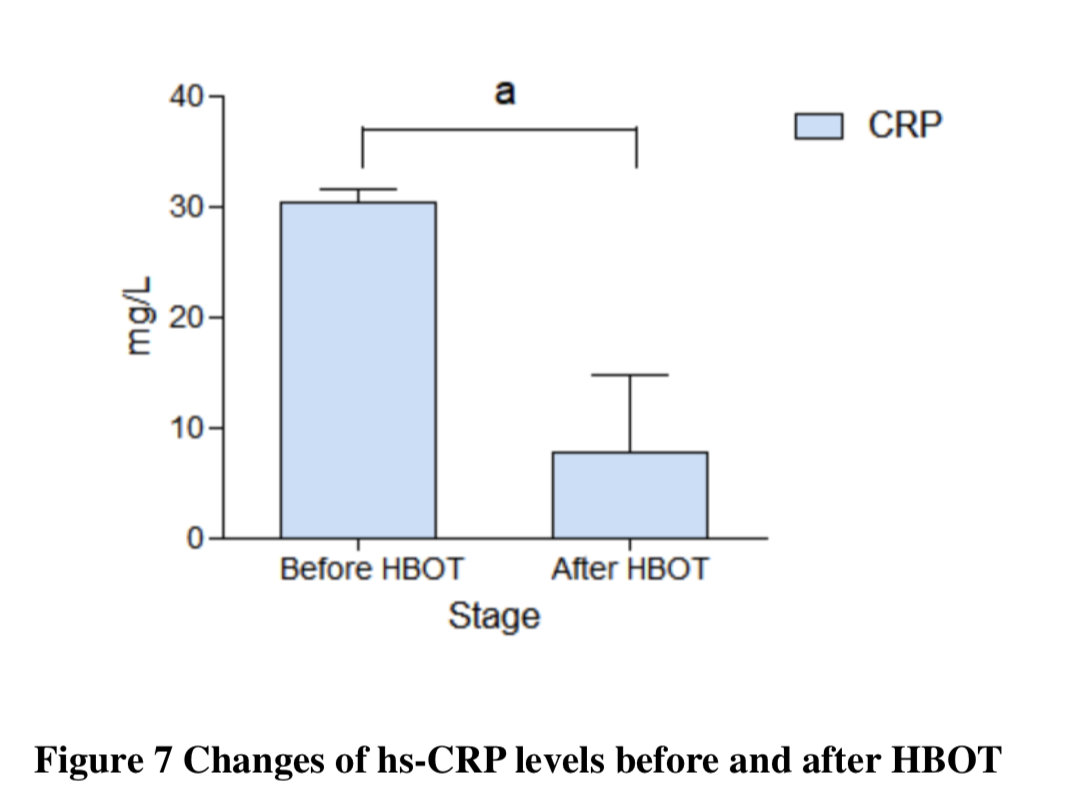 Researchers note that even though it was a small study, HBOT was used “after routine treatments as well as atmospheric oxygen therapy failed to stop exacerbation of hypoxemia”.

“Two HBOT treatments might be enough for correcting hypoxia of most patients with sever COVID- 19.”

Researchers concluded by saying they thought that adding HBOT as a therapy against COVID would help save lives.

If you would like to find out more about HBOT therapy you can contact us using the form below.